Orwell Housing Association was keen to explore the idea of ‘self finish’ homes and identified two sites for pilot schemes. The development of four homes in Norwich was completed in the early summer of 2015; a second project – of another four homes – is due to be completed in Felixstowe around the end of 2015.

Both schemes form part of larger housing developments that were constructed by a local contractor. At each location the contractor built the shell of the self-finish homes to NHBC standards, with utilities leading into the homes, and the road and parking completed. The new owners have had to finish off the homes by installing the bathrooms, kitchens, doing all the decoration and landscaping the gardens.

They were given three months to complete this work, and in return they have qualified for a six to seven per cent reduction compared to the full market value.

In this case the housing association required the new owners to undertake the following works to the Norwich homes to qualify for the six per cent discount. A similar (though slightly longer) list of work was set out for the Felixstowe homes, and these qualified for a seven per cent discount. 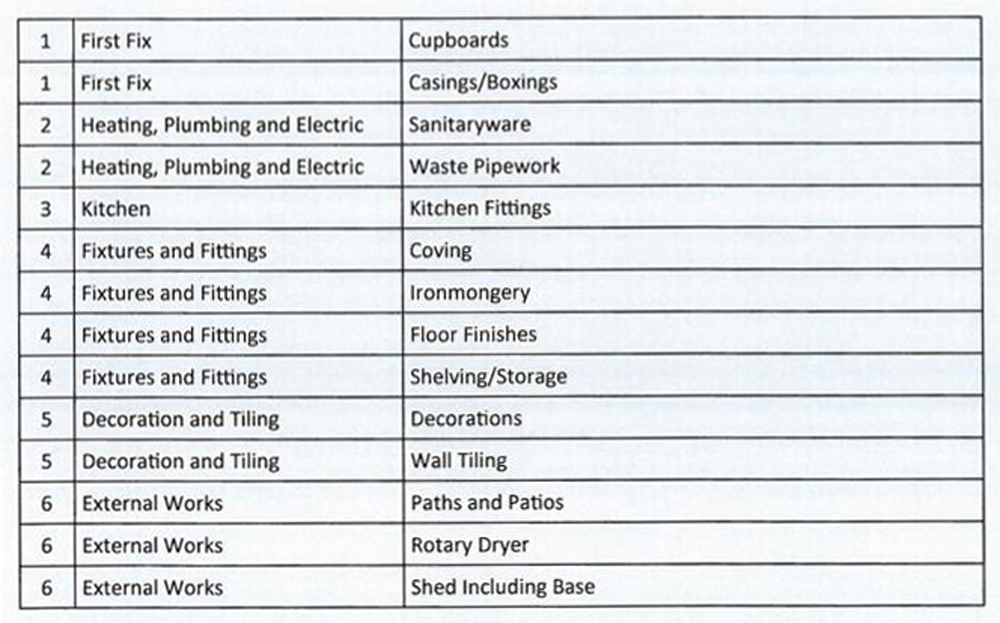 The list of tasks self-finishers are expected to complete

The Norwich development is in Pointers Field, to the North of the city centre. The full address is 11-14 Eglington Mews, Norwich NR33JT.

The Felixstowe homes are located to the west of the town centre at 7-10 Philip Avenue, IP11 2PP

The projects took some time to develop and prepare, with discussions originally starting in late 2012, when the housing association was exploring innovative ways of helping people to get a foot on the property ladder.

Land stability problems on the Felixstowe site caused a delay too; this project was originally expected to be built ahead of the Norwich scheme.

Construction began in the middle of 2014, and the shells were handed over the new owners in March 2015. The first wave of four self finishers all completed the fitting out work in the three month ‘window’ that was offered, and the first residents moved in in early June.

The Norwich homes are quite simple, arranged as two sets of semi’s – with a kitchen facing the front, a cloakroom in the centre, and a large living room overlooking the rear garden. Upstairs there are two double bedrooms and a bathroom. There is a reasonable amount of storage space and a modest rear garden with shed. This simple consistent design meant the unit construction cost for the shells was modest, helping to keep the purchase cost down. The residents couldn’t adjust the internal layout – they had to take it as it was provided.

This housing association-led project has provided a total of eight affordable self finish homes – four in Felixstowe and four in Norwich. The homes are available on a shared equity basis, and there is a six to seven per cent discount offered in return for the occupants doing the decorating, fitting the kitchen and bathroom, and the external landscaping. Demand has been strong, with most people initially buying a 50 per cent stake. This means the initial mortgage/rent works out at just over £500 per month

The land for both the schemes formed part of two larger new housing developments undertaken by the Orwell Housing Association. In both cases the land was formally owned by the local authority, and it was gifted to the housing association. 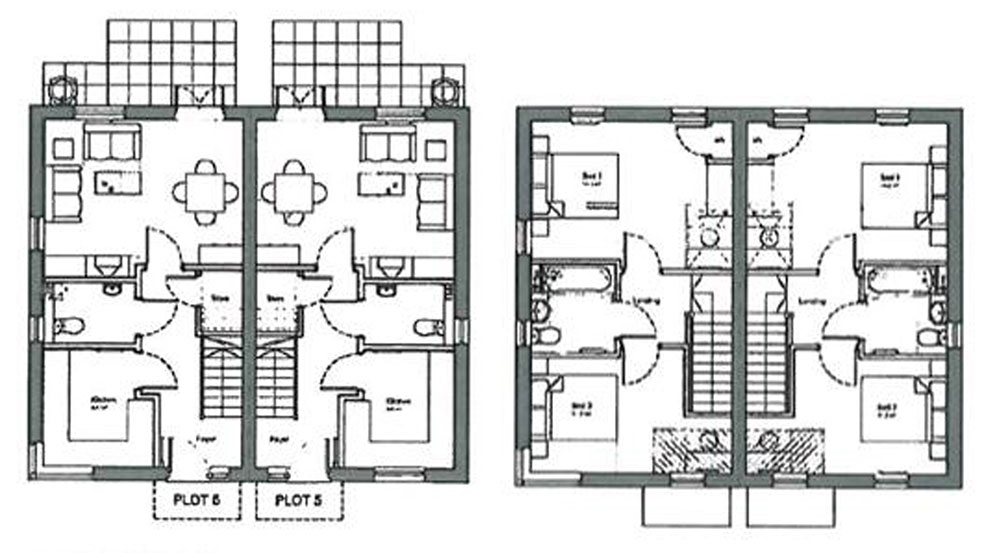 Floor plans for two of the Norwich homes
The projects were initially marketed via an open event for local councillors and the general public. Orwell also tried press releases, some direct marketing and adverts in local ‘free’ magazines. None of these was especially effective, but enquiries picked up when they got the project listed with the online property portal Purple Bricks; the team negotiated a good deal with the website (£500 to market the four homes in each development).

The association’s staff did the ‘show arounds’ to prospective purchasers, as there were a lot of issues to explain.

There was strong demand for the first phase in Norwich, with the association saying it could have sold them three or four times over.

Unforeseen construction delays with the Felixstowe project, and changes to the mortgage process, meant this project was in limbo for some time. There was a lot on interest initially, and when the scheme was re-launched in early 2015 there was strong demand for the properties. 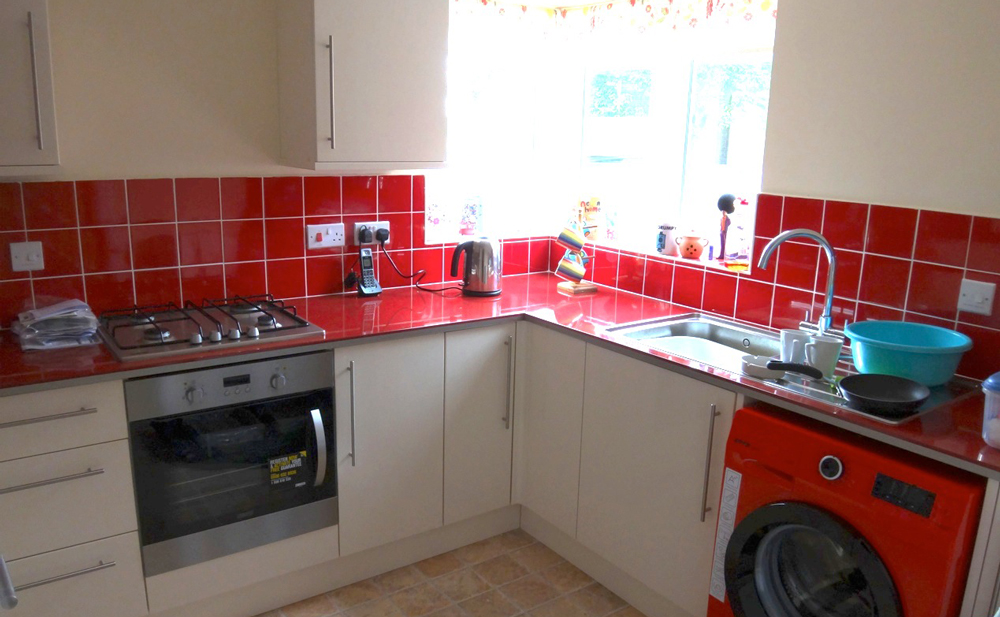 The kitchen of the first home to be completed 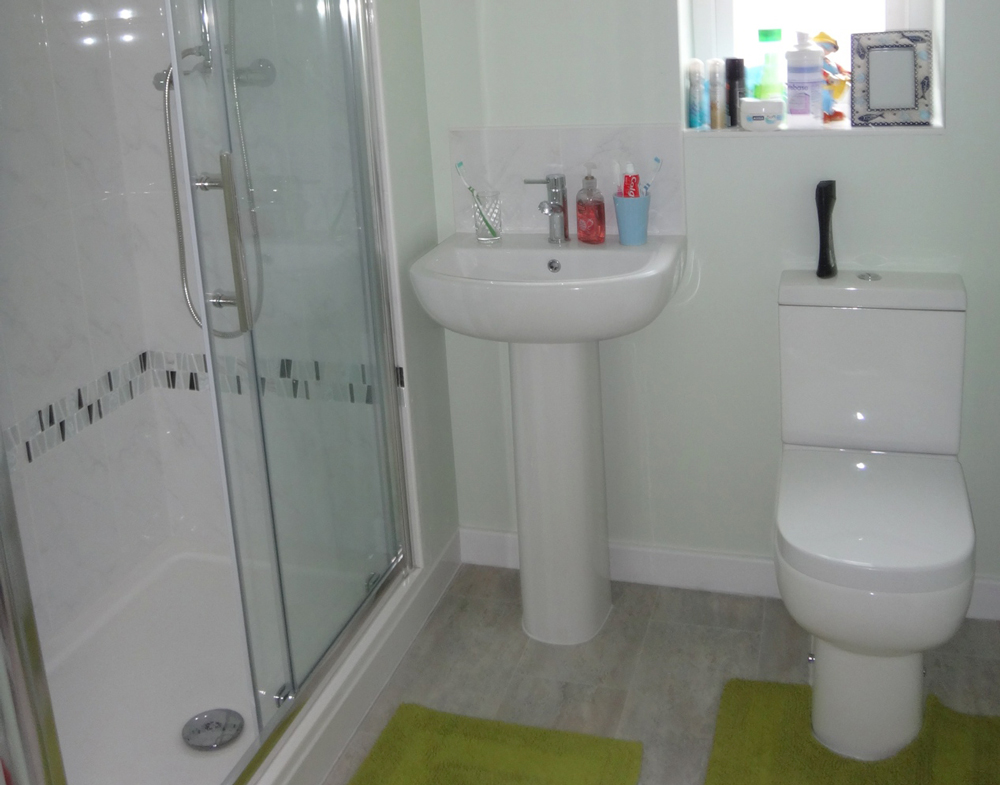 The owners of this home opted for a large shower rather than a bath
The Norwich homes are all identical two bed properties – built in two pairs. Each has 76 sq m of space.

The Felixstowe homes are a mixture of two a three bedroom terraced properties of between 78 and 90 sq m. The full market value these homes therefore varies a little, from £147,500 to £170,000. Here a seven per cent reduction was offered to the self finishers (as they had a few more things to do externally around their properties). So the discount that was applied was between £10,325 and £11,900.

A specially designed shared equity mortgage was developed for the projects in association with the Ipswich Building Society. This offered a 5.99 per cent fixed rate mortgage (over 25 years), and purchasers did not have to raise a normal mortgage deposit.

The residents did have to put up a £500 ‘deposit’ to cover the three month period they had to complete the work.

Once the work was completed to a satisfactory standard, they signed the lease with the housing association, formally received the keys, moved in and the mortgage/rent payments began.

Discounts of up to £10,000 mean its possible for people on lower income to part buy a home. Here the cost per month was just over £500

No significant planning issues were raised on either project. 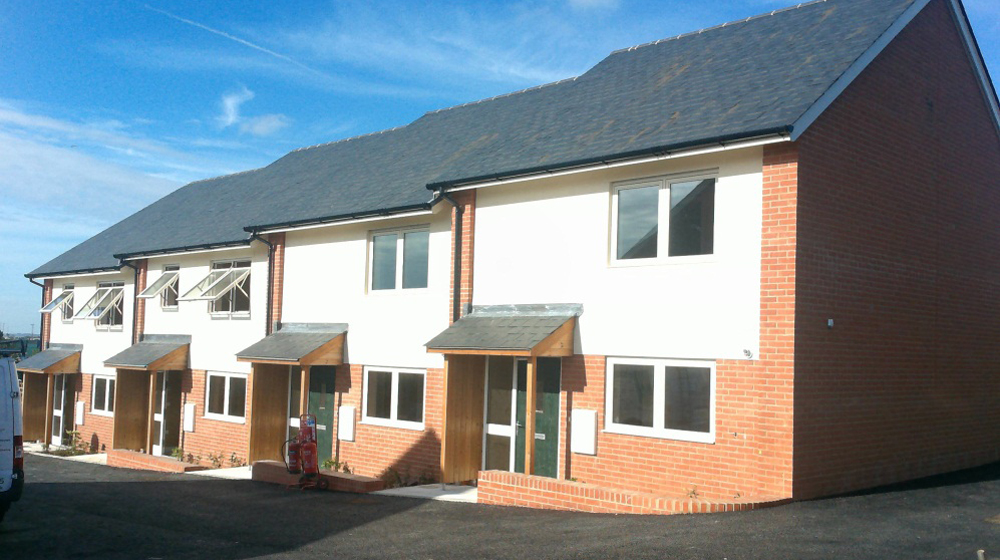 Indicative plans of the Felixstowe homes

The Norwich project attracted a wide mixture of people, including a young couple, a recently retired couple, a divorcee and a single woman in her fifties. A local connection test was applied – this required them to live, work or have family in the relevant local authority area.

In rural areas the housing association sometimes sets a more direct local connection test – requiring applicants to identify if they live, work or have family in the same village/settlement as a proposed new development, or in a surrounding/nearby village. 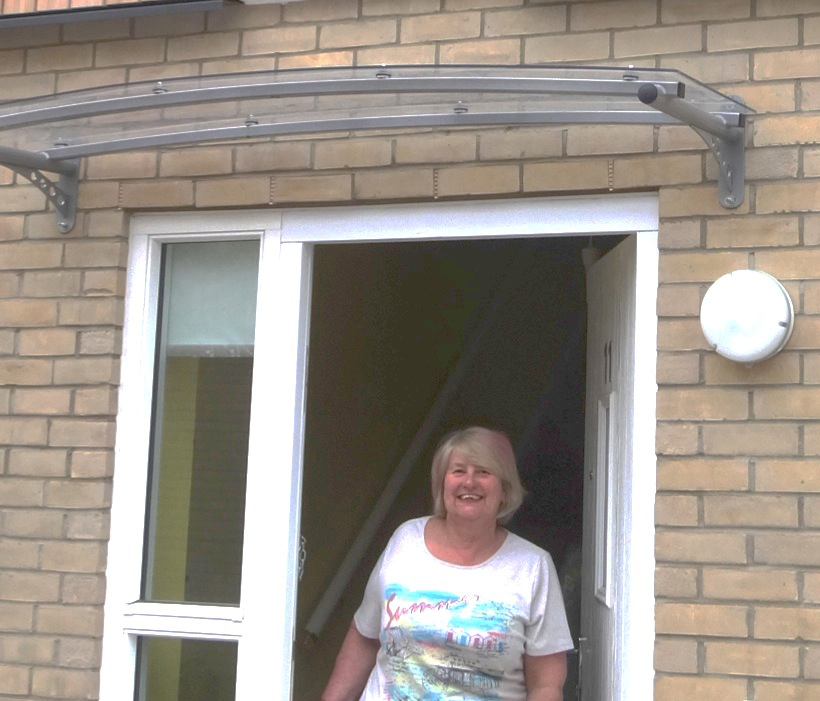 Ann Kellet (pictured) and her partner were the first to move in (in June 2015) and were pleased with the end result. They like the scale of the rooms, the warmth and light levels, and the corner window feature in the kitchen and the front bedroom.

Their only real frustration was caused by some legal delays during the process.

The other self-finishers were a few weeks behind, but all completed within the three month timeframe.

Self finish appeals to many people

A broad cross section of people were attracted to the self finish homes – young couples, singles, divorcees and retirees