Cherwell District Council set up the Build! programme to explore various ways of helping local people to build their own homes. There was a lot of interest in the council’s big Graven Hill project, and in the lead up to this, the council was keen to trial different approaches and learn which worked best.

Many of the Build! projects involve small refurbishments or conversions of existing buildings. The Newton Close project was the first completely new build scheme. The site forms part of a major expansion to the south of Bicester – in an area known as Kingsmere.

The homes are typical of the properties developers traditionally build – two and three bedroom, mostly terraced or semi-detached and between 79 and 101 sq m. The price of the homes ranged from £190,000 to £255,000 (which worked was significantly less than equivalent local market housing).

A successful arrangement was established with Buildstore who helped arrange good value mortgages for the purchasers. Most of the purchasers ended up with a 50 to 75 per cent share of the property. For a £200,000 home, and a 50 per cent share, this meant they had a mortgage of £85,000 (£100,000 minus the £10,000 self finish discount, and the minimum five per cent deposit of £5,000), and they paid rent on the other 50 per cent. Typical monthly mortgage repayments were around £550, plus rent of £100 per month.

The council also trialed various training courses for the self-finishers, and set up a ‘tool library’ (to reduce the need for individuals to buy or hire equipment).

The Newton Close development has broadly been a success; the objectives were met, the scheme was delivered and the residents have formed a close-knit community with homes they are proud of.  Several families have reported savings of more than £400 a month due to reduced mortgage/ rental prices and cheaper fuel bills because of the homes’ energy efficiency standards.

However, the project took some time to get off the ground. It was initially difficult to find a building contractor willing to take it on (as they had concerns about managing the self-finishers) – so in the end the council opted for a Construction Management approach, hiring its own construction team to oversee the work of the various sub-contractors it employed. This was ultimately quite costly and required significant levels of support and management time – and even then the quality of some of the self builders’ workmanship was poor (and needed rectifying).

This development was initiated by Cherwell District Council as part of its ‘Build!’ programme. It provides 21 shared ownership ‘self finish’ homes.

The Council organised the construction of the watertight shells, and the residents then finished them off – fitting the plasterboard, the kitchen units, installing the flooring, doors, architraves and skirting boards, and doing all the decorating, tiling and landscaping. In return the homes were discounted by £10,000.

The site is located on the edge of the large new Kingsmere housing development to the south of Bicester, close to the Outlet Village. Access is off Middleton Stoney Road, OX 25 3TH. 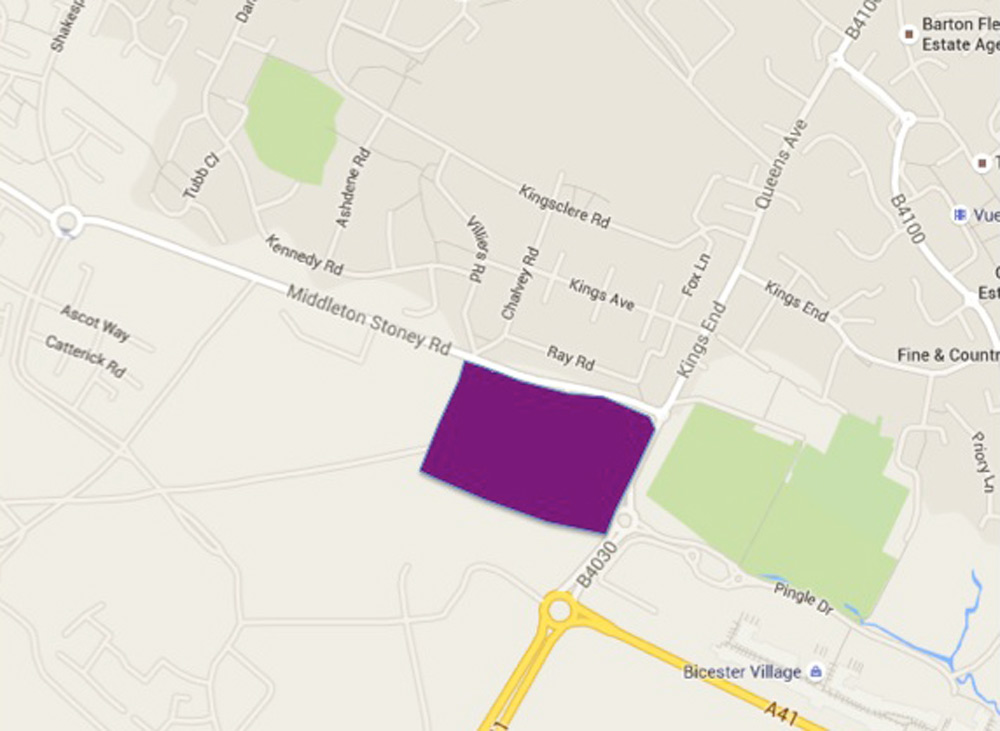 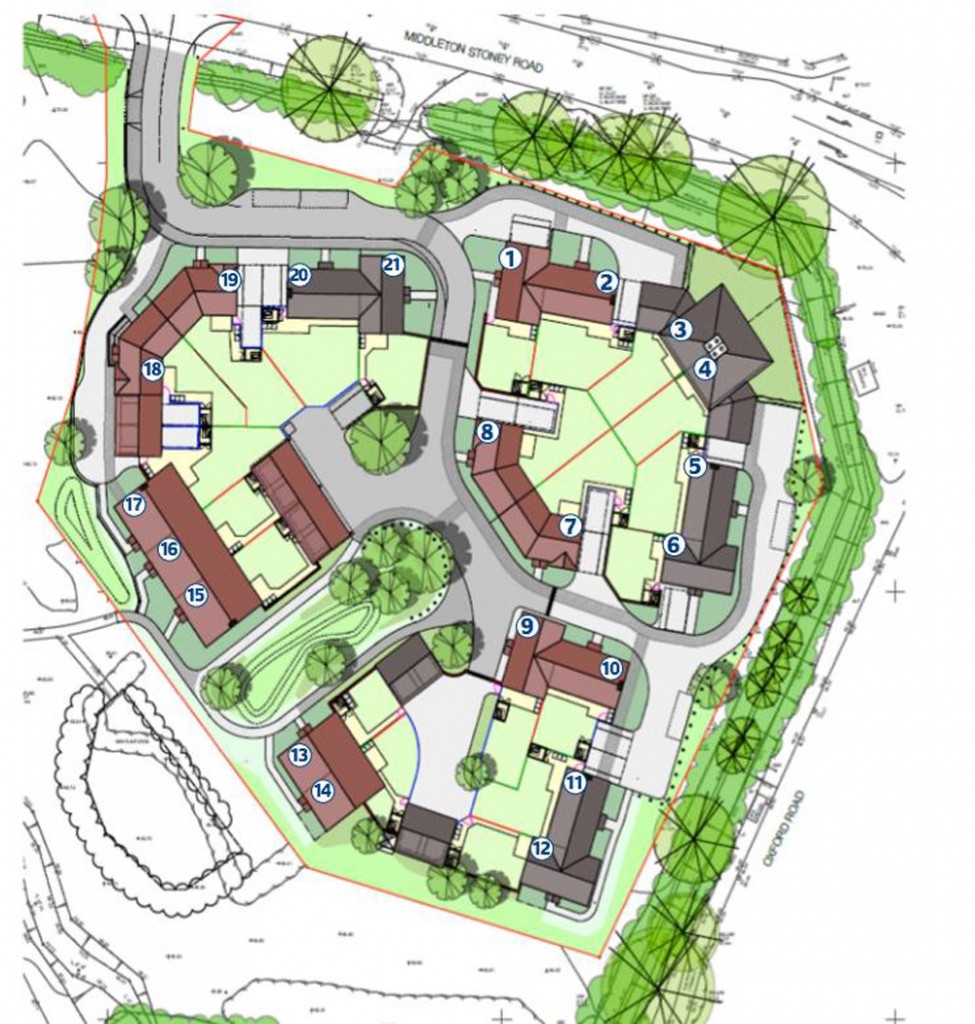 The homes are arranged in short terraces. The ones on the west of the site overlook a parkland area

There are 14 two bedroom properties and seven three bed homes. All of them are timber framed, and are clad in brick, or rendered.

Sizes range from 79 sq m to 101sq m. The properties are conventional in layout with kitchen, dining and lounge areas on the ground floors and bedrooms and main bathroom above. Compared to equivalent developer homes they are a little larger, and built to a higher specification. The properties comply with the Code for Sustainable Homes Level 3, and all are fitted with a gas Combi Boiler.

The purchasers could not adjust the layouts or move the internal partitions, but they could individualise their homes by selecting their own kitchen fittings, internal doors and decorations. 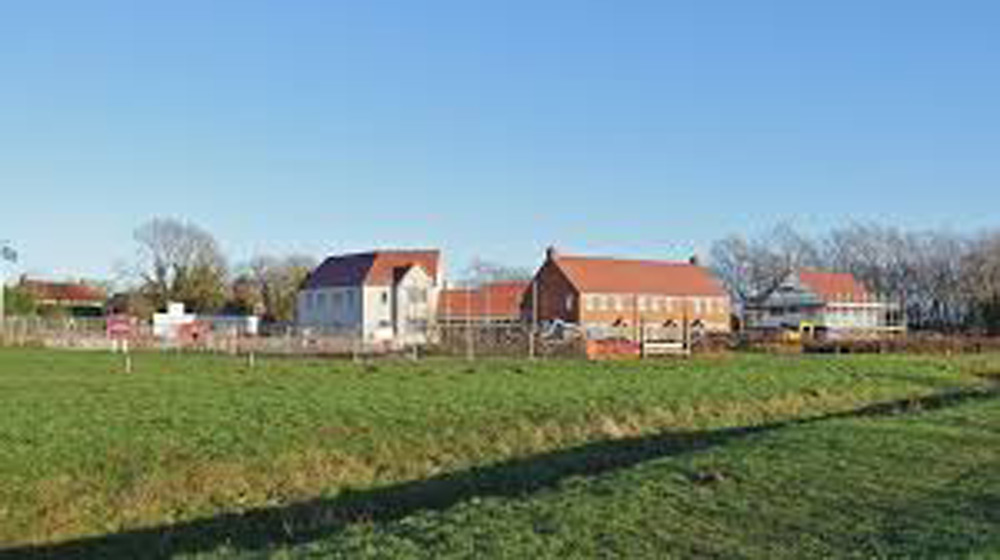 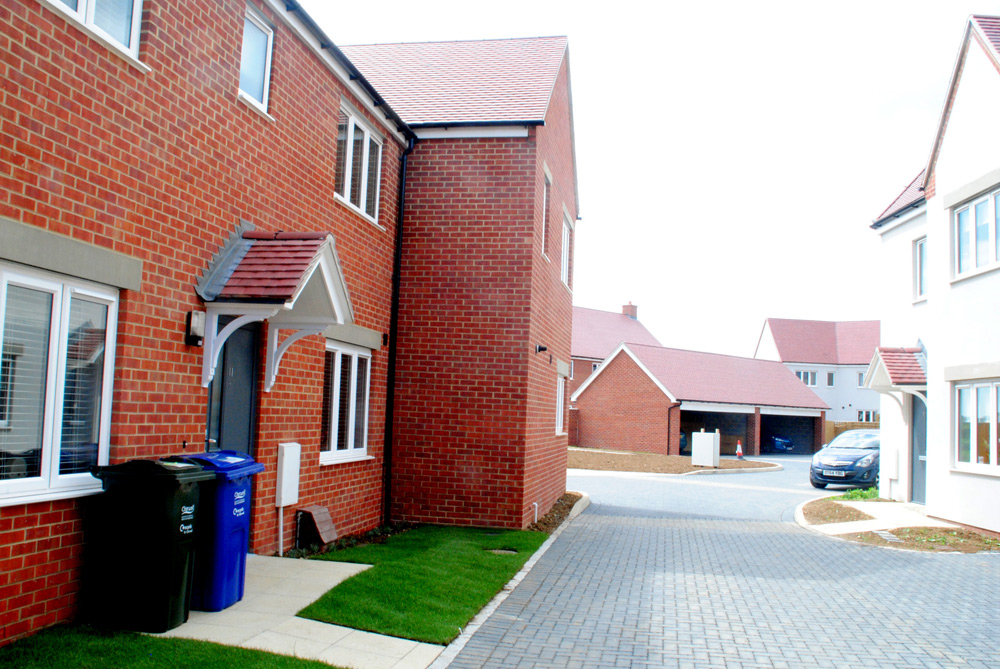 The purchasers were required to complete the following works: –

Those taking part had to convince the council that they had the time available to do the work within the agreed timeframe (this became a bit elastic in the end, as there were delays across the site). They also had to commit to do the work to the required standard. Many of the purchasers had help from friends and family and one or two hired in their own sub-contractors to assist them.

All the basic building materials to finish their homes were supplied by the council, as part of the cost of the home. The council’s site manager ordered these, and arranged for deliveries.

This approach didn’t always work smoothly, as the self-finishers often had to complete work before the council’s sub-contractors could get on site (for example they had to fix the plasterboard, before the plasterers arrived). In several instances the work was not to the required standard, so re-working was required. There were also some problems when the plumbing was connected, as nails used to secure the plasterboard had punctured some pipes. Where the workmanship was below par the council stepped in to do it to the required standard.

On its next project Cherwell has adjusted the range of work the self-finisher does, and separated their work from the main shell contract (which will be delivered via a Design and Build contract). Once the shells are compete the self-finishers will then take over, but there will be less hand-holding, no tool library and any work that is not up to standard, and needs to be de-done, will be charged.

Two shell options are being offered on future projects: –

In each case the self-finisher will be totally responsible for completion to the right standard, within an agreed timeframe.

One of the biggest problems the council team had was with the utilities provider – SSE. The company was foisted on the team by the developer of the larger housebuilding site (their appointment was specified in the contract), and there were many issues with them, that were only resolved – in the end – by complaining at chief executive level.

Don’t ‘over support’ the self finishers

Be clear about what they need to do, the timelines and quality standards expected, and any penalties for non-compliance 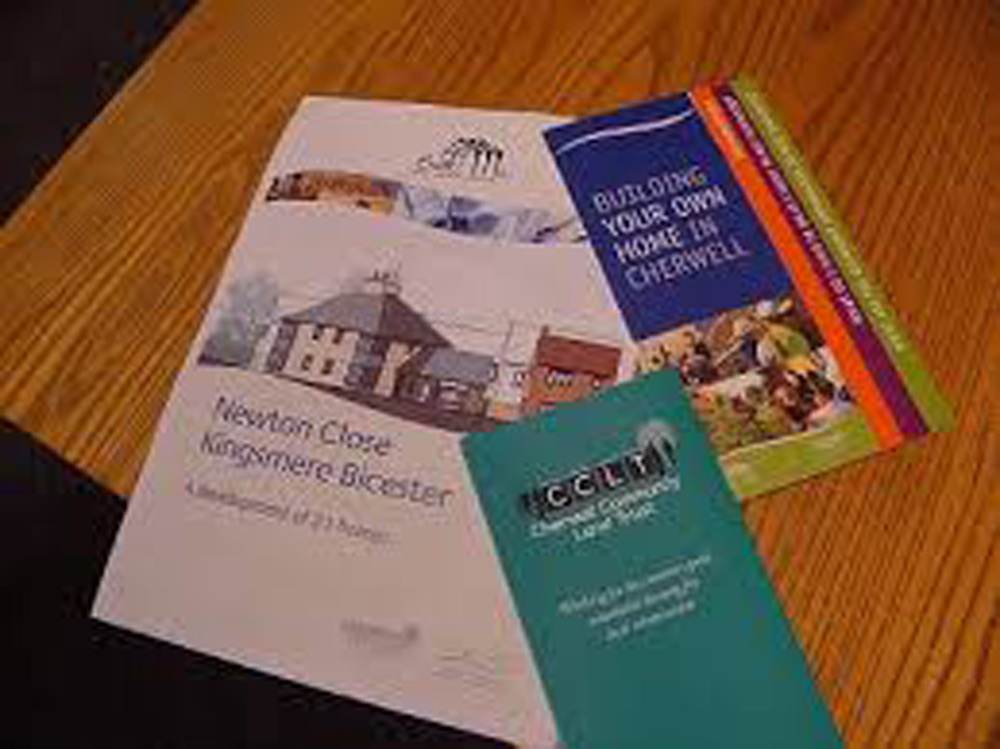 No Plans
The council allocated 1 per cent of the budget to marketing. Most of the enquiries for the homes were generated via Rightmove, or as a result of the early events/information sessions the council organised. The council’s PR team generated good local coverage.

Agents were not used (except for one home that became available when a purchaser dropped out). The council feels they were not needed.

When an enquiry was received by the council the prospective purchasers followed this process: –

One of the learning points from this project was that the council went public on the sale prices too early – well before construction work began (which was delayed for many months for various reasons). In the future it will only confirm the prices once work is definitely about to start.

Most of the purchasers were young couples or families. All of them had a connection to the area.

With hindsight the council feels it ‘molly coddled’ the purchasers too much. The training courses it set up were not particularly helpful when people began the actual self-finish work; the tool library was not successful (many tools were damaged or just vanished), and the quality of workmanship was (in some cases) poor.

A group of young apprentices were employed as part of the contract, and they sometimes got blamed by the self-finishers for poor workmanship or hold ups. In the end the council stepped in to rectify any sub-standard work.

The council also tried to help the self-finishers by allowing them on site in the evenings and at weekends, but this resulted in lots of additional time input from its own site managers (and consequent management costs). On future schemes it wants to encourage the self-finishers to do the work in normal working hours (though it will open the site on Saturdays and on two evenings).

The land was provided as part of a Section 106 agreement (linked to the neighbouring Kingsmere development), so effectively, for the council, it was free.

The homes were available on a shared ownership basis, and purchasers had to buy at least 75 per cent of the property. They also had to have a household income of less than £60,000 a year.

The rent on the council-owned portion is quite low (just one per cent of the value of the home per year). So, on a 50 per cent share of a £200,000 home the rental element per month is typically about £100 (on most similar shared ownership projects the rent would be 2.5 to 3 per cent of the value). The mortgage on the bought share worked out at around £550 per month.

Cherwell has established a good working relationship with BuildStore, who lined up a panel of lenders to provide the mortgages. Its rates were reasonable and most of the owners decided to place their mortgages via them.

Purchasers had to find a minimum 5 per cent deposit.

The council also set up a panel to local solicitors to handle the conveyances at a package price of around £1,000.

For further information on the Build! Programme, see – www.cherwell.gov.uk/build

Other consultants involved in the project were: