Strasbourg became interested in this way of facilitating new homes following the completion of a pioneering 11 home project called Eco-Logis. This development was built by a collective of local people that first came together in 2001. It took six years for the group to find a site; and the real breakthrough occurred when a new Mayor came into power and backed the idea. The project was built between 2008 and 2010, and was one of the first schemes of this type completed in France.

Strasbourg has become a big supporter of collective projects, and currently has 16 developments in the pipeline or nearing completion. Collectively these will deliver around 140 modestly priced homes. The initiative has co-ordinated by one member of the council’s housing team.

Buoyed by the success of this pioneering development the Mayor threw his weight behind a wider initiative, and 12 sites for further group projects were identified – some on the city’s own land, some involving small pockets of land owned by a private foundation. On these plots the Mayor effectively cut a deal with the foundation, agreeing to some of foundation’s larger housing developments in the city in return for reserving the smaller parcels of land for the groups.

The sites were then promoted by the council, with a call to groups to come forward with their proposals. Private developers and housing associations were not allowed to bid for the plots.

The Eco-Logis development in Strasbourg

Each group had to provide information across five headings: –

A jury was then assembled to assess the information and identify the best groups to proceed with each site. When assessing the submissions the jury gave 30 per cent of their marks for the organisational structure. The group’s finances, concept and the communal aspects were each allocated 20 per cent, and the diversity information they provided scored up to 10 per cent.

The price of each plot was set by the council, so the bids were not assessed on the highest financial offer; indeed groups were allowed to bid below the asking price if, for example, they planned to build the homes to very high environmental standards. The price of the plots varied, depending on their location, from €2,650 to €3,800 per sq m.

The process has been handled by one member of staff in the city’s housing team, and has cost the city around €100,000 – roughly €40,000 of this has been spent on communicating/promoting the opportunities, so that groups would form and submit bids. 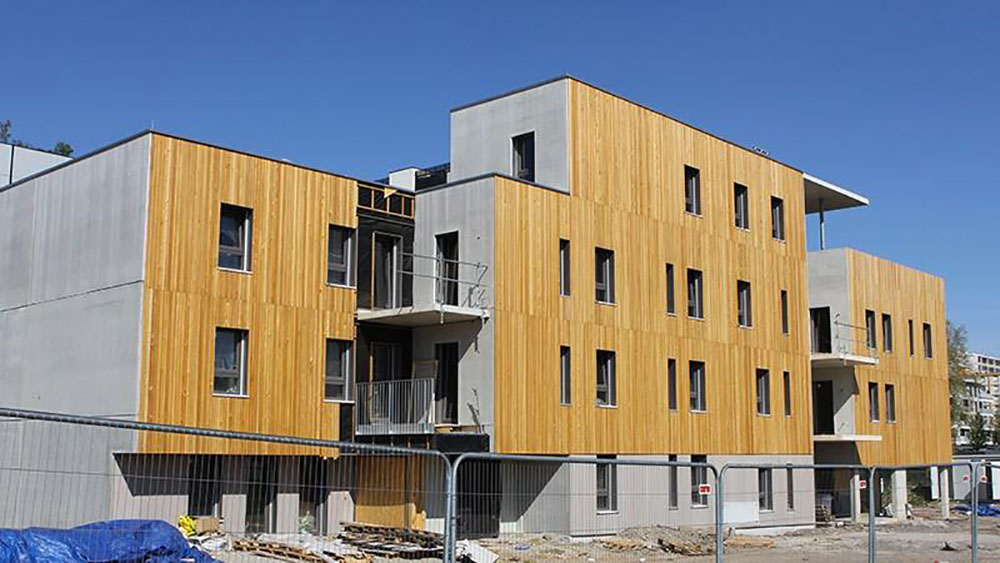 The Ecoterra group provides 14 homes on Passage de la Gosseline. It was due for completion in the autumn of 2015 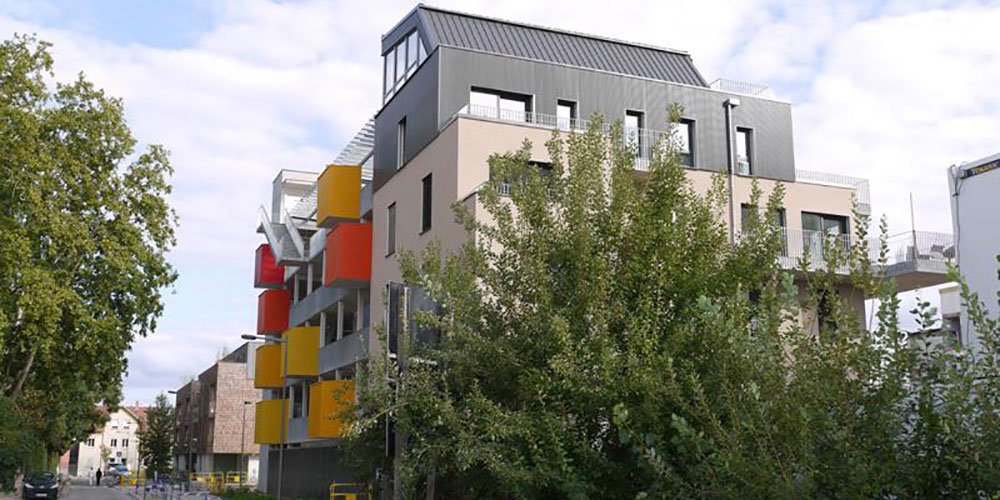 Some of the other group projects underway in Strasbourg

Decide the criteria for selecting the best groups

In most cases a jury is formed consisting of local politicians, community representatives and technical experts from the council. The selection process needs to be transparent and communicated in advance so the groups know how they will be assessed

Having selected the successful groups the city has organised a series of workshops to explain the processes it wants each group to follow.

At the time of writing (September 2015) five of the projects were complete, and most of the others were on site. Collectively they will provide around 140 new homes. The smallest plot accommodates just two homes; the largest about 20. One of the conditions imposed on the groups is that the purchasers have to occupy the homes for at least five years.

The city says there is now strong political support for the programme, as it has boosted the reputation and profile of the city. 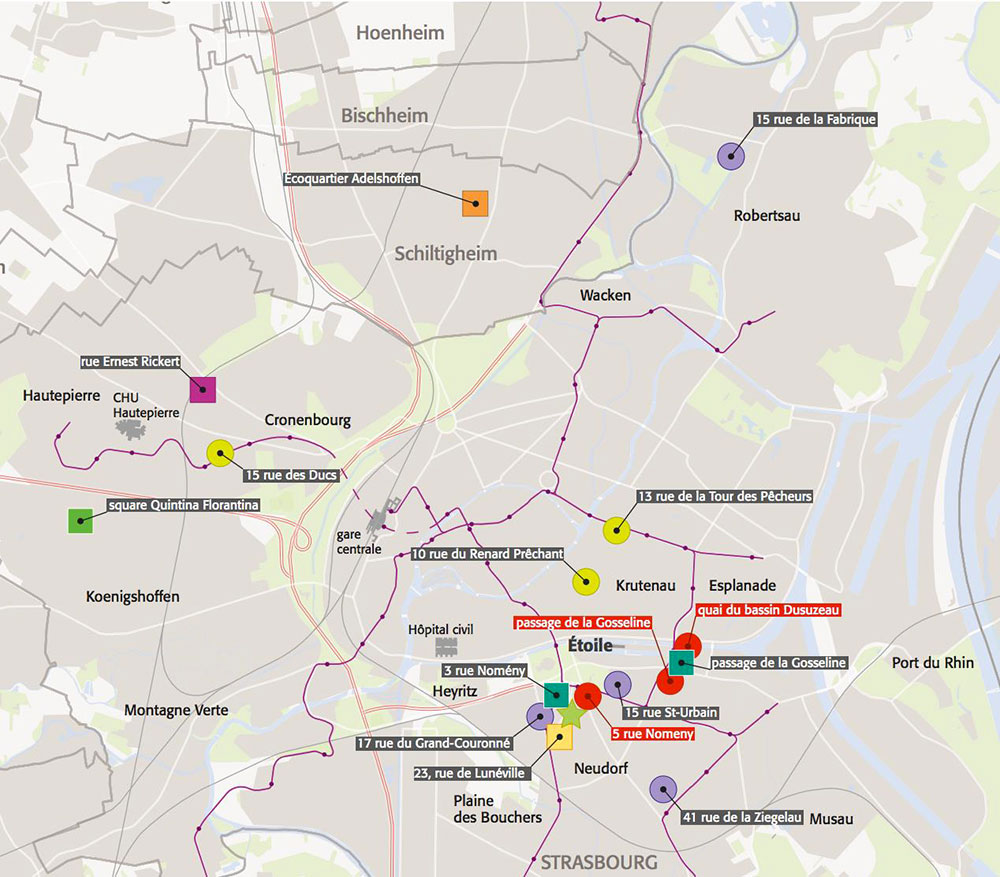 The location of the various projects across Strasbourg

Councils that are involved in innovative housing developments get noticed by the media and attract more visitors. Strasbourg has already seen the impact, and cities like Tubingen, Freiburg and Almere now run tours for people who are keen to see their pioneering projects