HAB was approached by the land owner of the site; the land previously formed part of an extensive garden. The land owner wanted to see a high quality development built – something that they could be proud of – especially as they still lived locally.

HAB then approached the planners and – recognizing the sensitivity of the site – it developed a cohesive design across all five high quality executive properties. The planners were keen on seeing a detailed planning application, rather than an approach that offered the individual plot purchasers wider freedom over the external design and look of their homes.

So the solution here consists of an external appearance that can’t really be changed, but lots of internal layout flexibility, and a wide range of specification options.

Local housing market experts evaluated what would be the most appropriate mix of homes for the site, and this clearly indicated that five top-end contemporary homes would be highly sought after. Demand has been strong and all the homes are expected to be reserved within six months of the project being announced.

Attractive palette of materials used consistently across all five homes

This is the first custom build development by HAB – the company set up by Grand Designs presenter Kevin McCloud. The five individually designed homes are aimed at the top end of the market, and while the exterior and basic footprint are set, the company is offering a number of internal layout and detailed specification options. Work began on the development in the summer of 2015, and the homes should all be complete late in 2016.

The site is 0.49ha and is located off the road that runs from Cumnor to Botley, on the western side of Oxford. It was formerly part of a large garden. 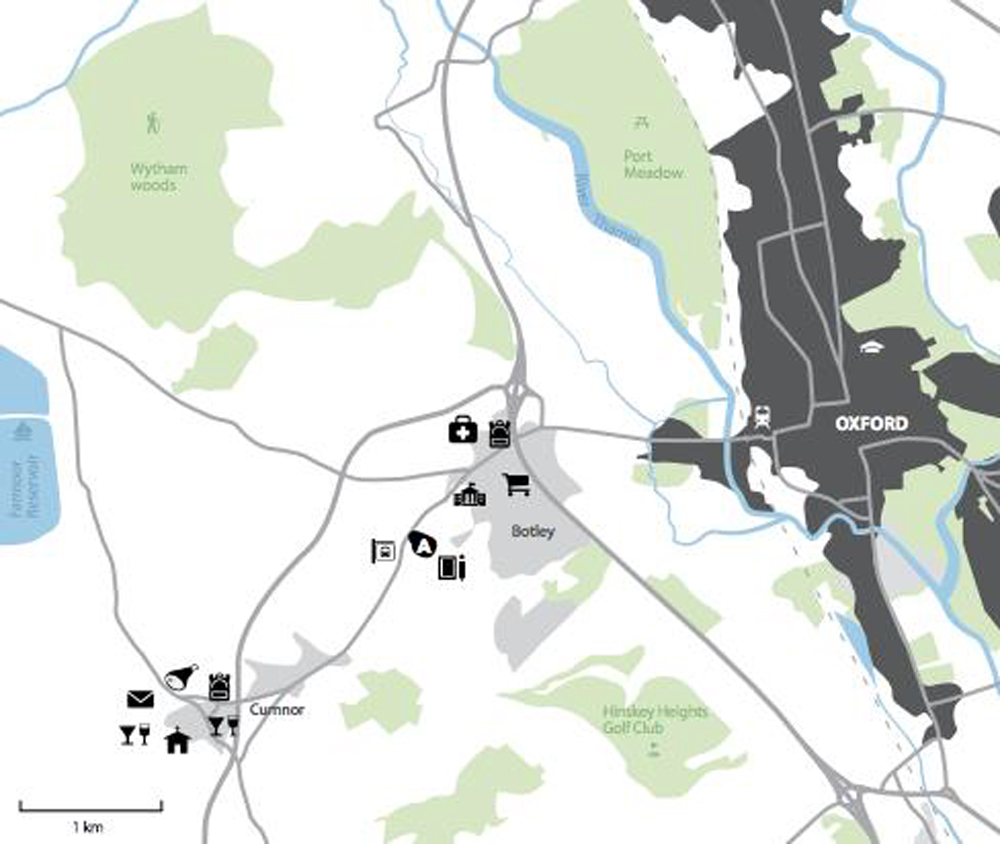 Site Location
The plot has a fairly conventional layout. Most of the existing trees have been retained and each house has – by modern standards – a generous garden. Much higher levels of landscaping will be provided – compared to the new homes built by most of the major housebuilders. 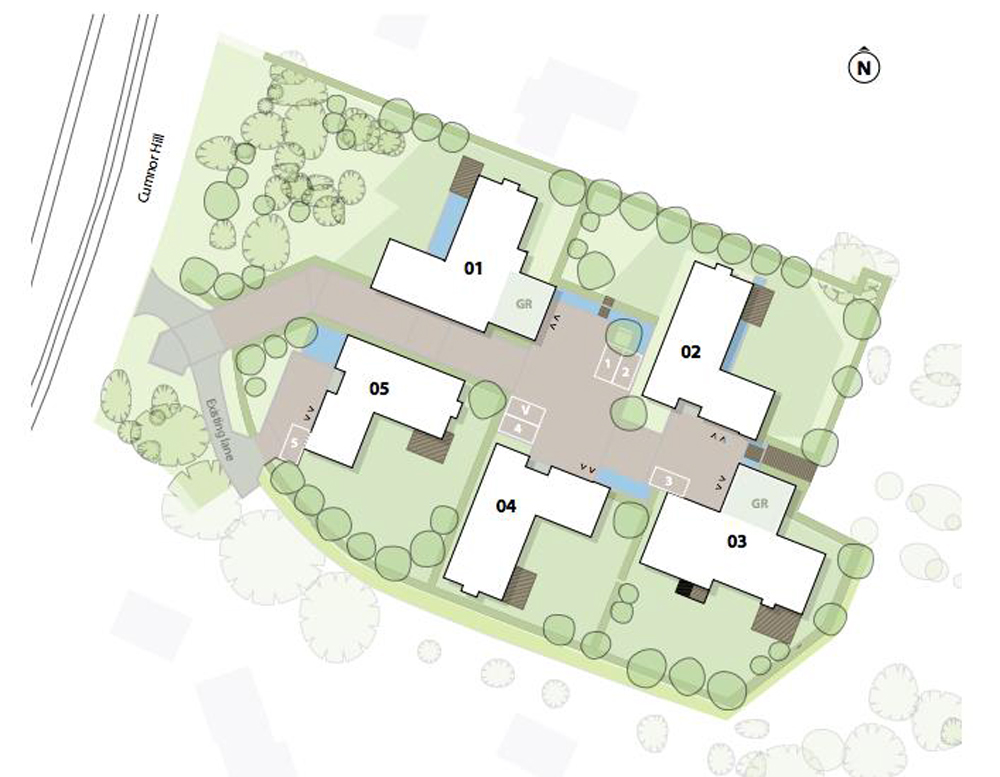 Research the market and build to match the demand

All the properties are designed as low energy and low water use homes. They are also all orientated to make the most of passive solar gains.

Underfloor heating will be fitted to the ground floor, with gas-fired central heating to upper floor. A Mechanical Ventilation and Heat Recovery (MVHR) system is also planned, that reuses the exhaust heat that would otherwise have been wasted and a wood-burning stove will be fitted in the lounge. 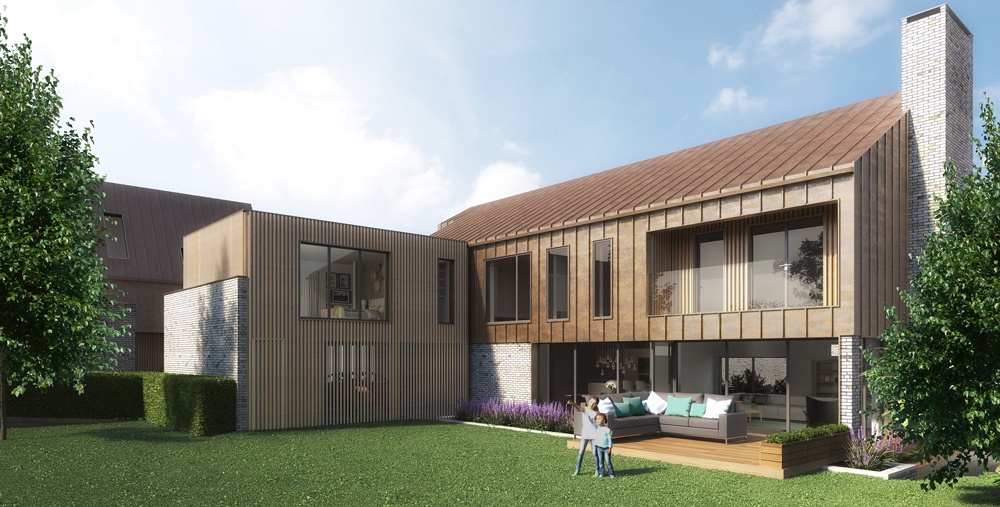 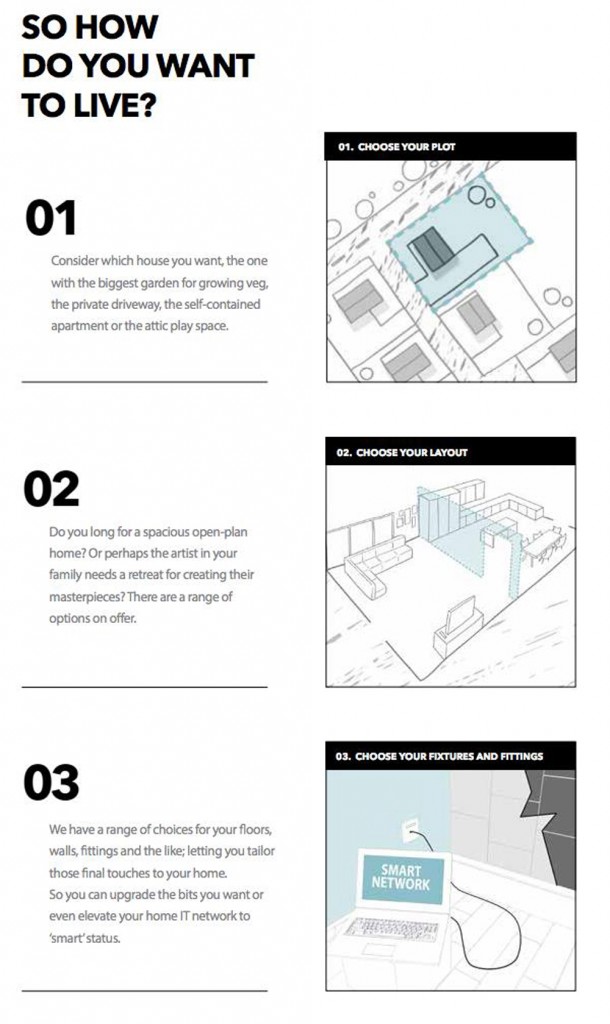 The ‘customer journey’ for HAB’s customers
All the homes can be customised. So, for example, upstairs bedrooms can be swapped with downstairs study areas; or an additional sixth bedroom can be provided (within the same floorplate).

The potential customers who have been talking to HAB all want to make some internal tweaks to the layouts; and some want to completely re-jig the interiors. HAB is happy to accommodate almost any changes or options they request provided they are in formal sales discussions early enough in the process so as not to jeopardize construction timelines.

The company says it can also offer a wide range of specification options. For example, everything from kitchen and bathroom options, to 3D-models of the home, intelligent heating and lighting, remote security management or a fancy audio visual system can be specified. 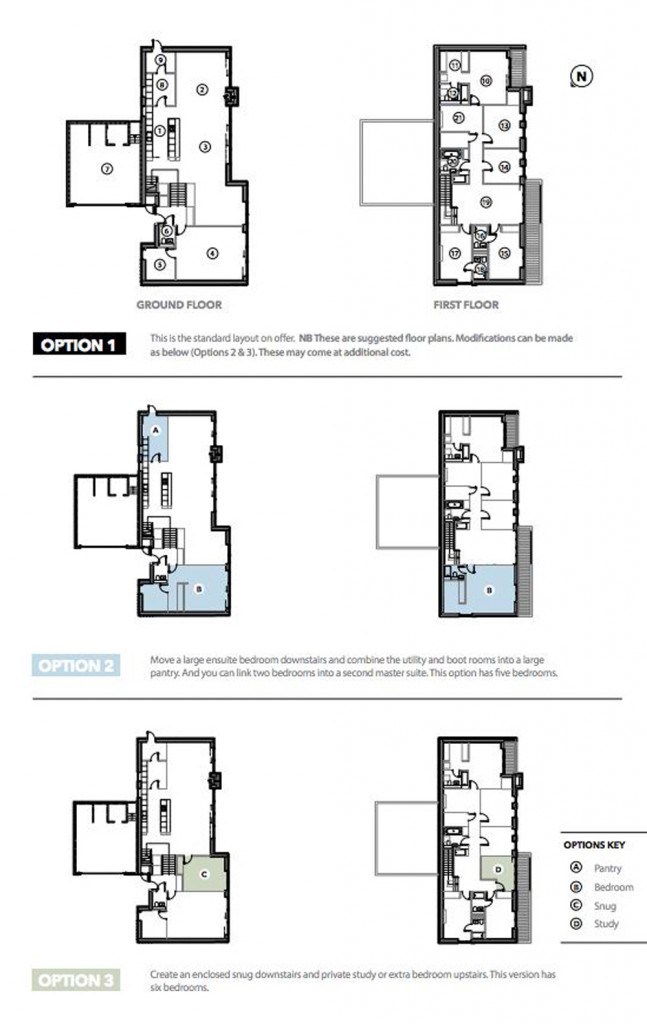 Customisation options for one of HAB’s housetypes at The Acre 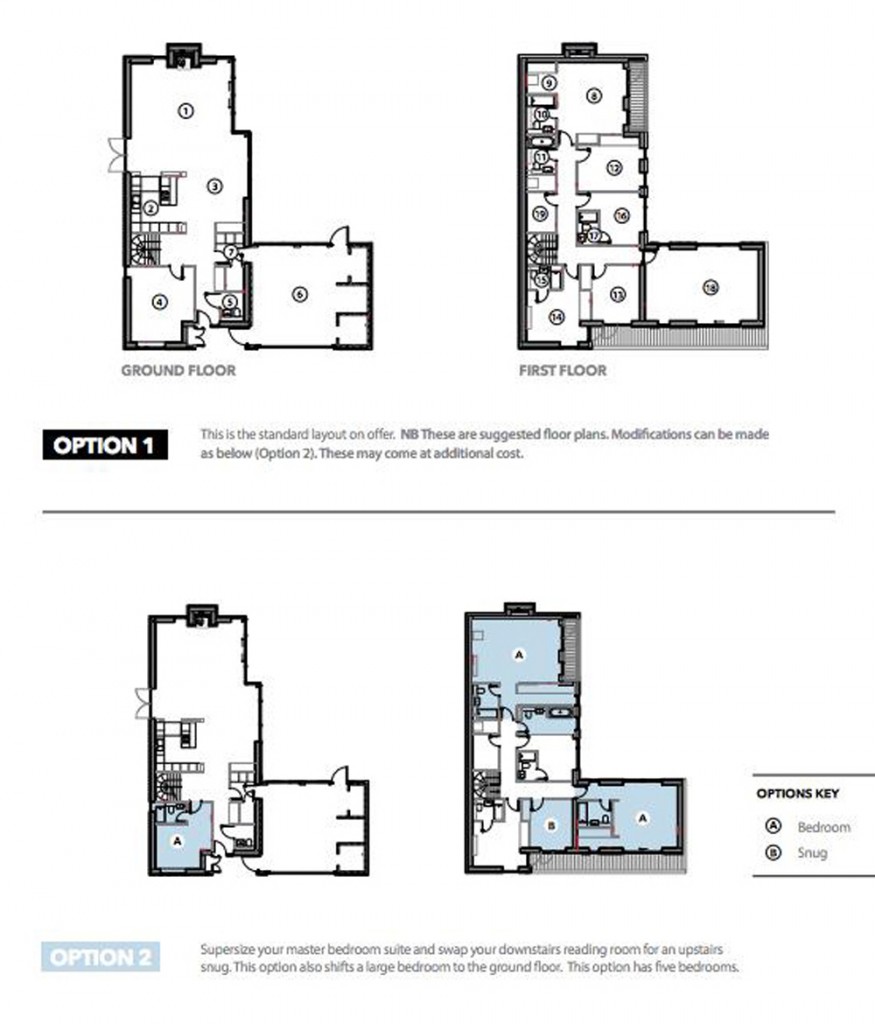 Customisation options for another of the housetypes at The Acre

Potential customers sometimes struggle to visualize what can and can’t be built; good marketing material that sets out the options can be very powerful

HAB paid just over £2m for the site.

The purchasers will all have to pay for their new homes in instalments – an initial deposit to secure the plot, then tranches of cash when the slab is complete, the frame is up, the first fix has been done, and finally when the home is complete. This approach helps HAB’s cash flow and reduces any borrowings; effectively the purchasers provide the cash to fund the construction work as it progresses.

Because the homes are classified as custom build, and buyers start by purchasing just the plot (with the slab). This helps them side step around paying VAT. They may also be able to make savings on stamp duty of up to £85,000.

The construction cost of the homes is expected to be around £1216 per sq m – through it will depend on the final specification that each customer selects.

The potential customers that have shown lots of interest in the project are a mixture of retirees and families with young children. The retirees tend to want to make the rooms a bit bigger, by perhaps just having three bedrooms; the families are keen to squeeze in five or six bedrooms in the same footprint. About half of the potential purchasers are cash buyers. The others typically require a loan to cover about half of the cost. A conventional self build stage payment mortgage will be organised to facilitate this.

Match the layout to the occupiers

The planners were supportive, through because of the sensitivity of the location they were keen to get a detailed design that battened down the external appearance of the development.

HAB is good at its marketing and on the company website there are very good computer generated images and plans, a stylish brochure, and there’s been masses of media coverage – most of it generated by HAB’s in-house marketing team.

The company has appointed Savills as its agent, and it plans an e-mail campaign and some fancy videos for the website to maintain interest levels. There will also be workshop sessions where potential customers can meet with the HAB team to discuss what they want, and the options/choices that can be accommodated.

HAB reckons its marketing budget – including agency fees – will be around two per cent of the sales price – so across all five homes about £150,000.

One issue that has arisen is that many people don’t – initially at least – recognise the time it takes to commission a custom build home. Most people who buy a new home from a traditional housebuilder are prepared to wait a few months for their home to be completed; with a custom build house the lead-in time are longer – potentially up to 18 months or more, and this can be off putting.

At least one of the homes had been reserved before the main construction work began, and the company was confident that the other four would be confirmed within months.

The company has used Savills to market the site too, and the properties are listed on all the main property websites. The project has also been shortlisted as one of the best custom build developments in the industry’s main awards scheme and also shortlisted in the 2015 Sunday Times British Homes Awards.