Throughout rural France it is common to find serviced building plots like these. They are usually facilitated by the local Mayor who directly acquires an area of farming land (at agricultural land values), and then secures permission for the land to be rezoned for housing. The Mayor’s office then arranges for a contractor to provide simple access roads and utilities connections to the edge of the plots. On most projects a fixed price is set for the plots, and very simple marketing is undertaken. There are few restrictions imposed on design or who can purchase – as this slows down the rate of take up.

The main rationale for delivering serviced plots in the French countryside is to try to stem the problem of rural depopulation – in this case the Mayor was concerned that the local school might close. Two of the plots have been acquired by families with young children, and the majority of the plots were sold within two years.

The pretty village of Lusignac – like many in rural France – has had a falling population, so the serviced building plots were organised to try to retain, or attract new people to the area

The first completed house – a genuine DIY self build – cost around £30,000 to construct

These serviced building plots are typical of the approach adopted in many rural parts of France. The scheme was initiated by the local Mayor and provides seven plots – each of about 2,300 sq m – that sell for between £15,000 to £20,000. The main reason for facilitating the plots is to help stop rural depopulation.

WHAT LEVEL OF SERVICING IS PROVIDED?

The road layout and construction is very simple and low cost, with a basic kerb and tarmac top coat. At each plot’s entrance there is no kerb – just an area of scalpings. The purchasers are expected to resolve this when they build their homes/install their own driveways.

The entrances to the plots are simply defined

Don’t over-complicate the utility connections and roads infrastructure. The more it costs the more expensive the plots will need to be to recover the investment 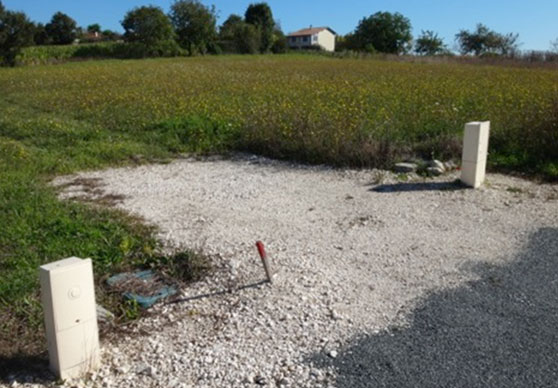 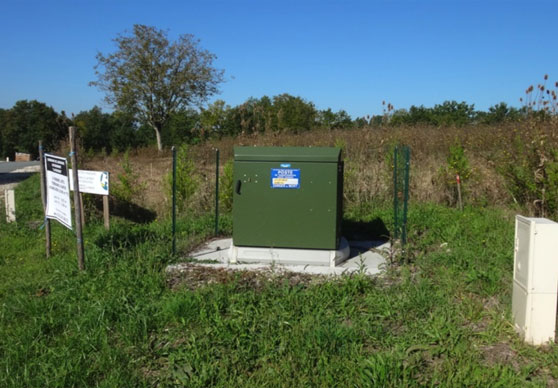 The land was formerly a field. The local Mayor negotiated the purchase (at agricultural land values) from the farmer. The purchase of the land was subsidised by the Conseil General of the Dordogne – this regional organisation supports rural councils who provide serviced plots by paying 30 per cent of the land acquisition cost.

Five out of the seven plots were sold within two years. Two were bought by local families with children; two by retirees. At least one of the plots has been brought by English people.

The Mayor says the council does not currently have plans to progress another site like this, though it may consider it again in the future, once this development is completed. There are five or six other serviced plot developments like this available in other villages or towns nearby.

There is no negotiation on the plot price.

Prices locally range from about €5-10 per sq m. 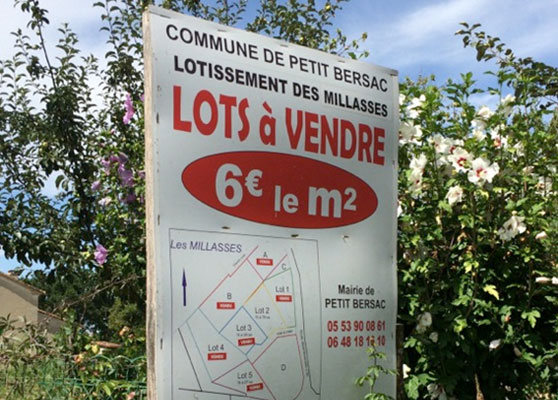 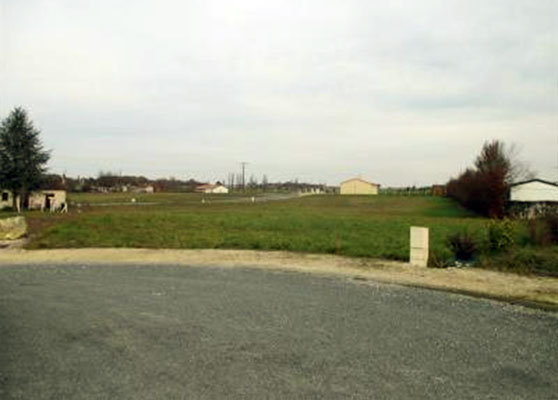 The Mayor’s part time administrative assistant simply made some individual signs for each plot, and had a banner made that was located at the entrance to the site.

There was no advertising or other promotion undertaken, and no formal marketing budget. And nothing was posted online as there in no real website for the Lusignac Mairie. 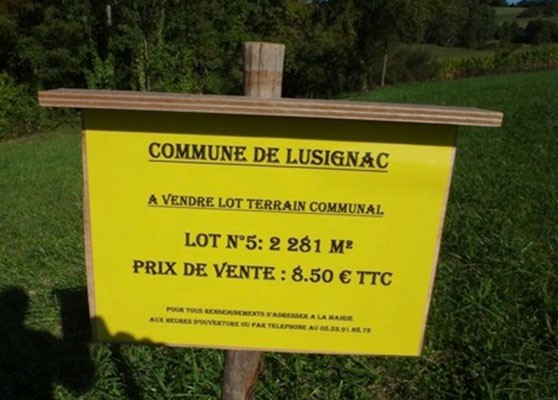 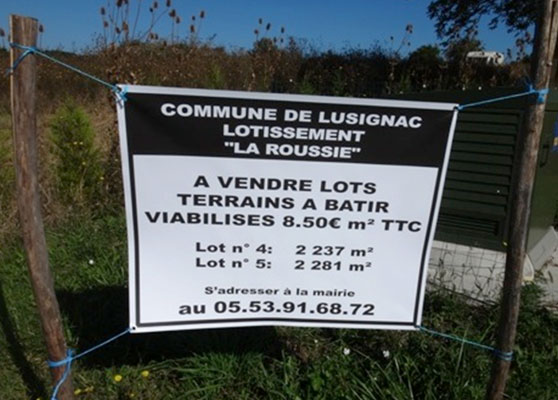 The marketing of the plots was very simple and low cost

The Mayor bought the land (with a 30 per cent subsidy from the regional council) for agricultural land values. The overall site is around two hectares. We have not be able to confirm the price paid, though we understand it was around €10,000.

The simple road structures that were installed and the utility connections cost about €50,000, across the whole site.

There was no budget for marketing or administration costs, and the Mayor’s legal/contract costs were paid by the purchasers.

The overall objective was to simply cover the development costs, rather than make a profit. With average sales prices of €15,000 to €20,000 per plot, this should be comfortably achieved.

The Mayor’s administrator co-ordinated the application to re-zone the land for housing.

There are a few restrictions imposed on plot purchasers:  –

There is no local connection test applied – indeed at least one of the plots has been purchased by an English couple who are building a retirement property there. And there are no special incentives or preferences to support key workers.

The Mayor says applying restrictions slows down the rate of sales, and his priority is to retain or attract people to the area. We understand that this is normal on similar serviced plot sites across France.

Don’t impose lots of restrictions on what can be built

The more restrictions you apply the slower the rate of sales. On this site there are no local connection tests and just a few simple planning requirements